“What I can do, you cannot. What you can do,
I cannot. But together we can do something beautiful for God.”
Mother Teresa 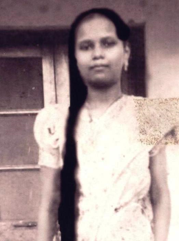 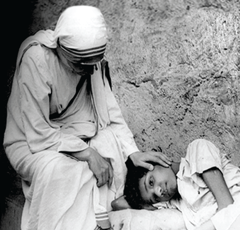 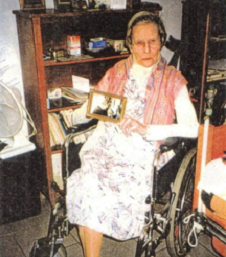 Mother Teresa began The Sick and Suffering Co-Workers in the early 1950s (who were initially referred to as a “second self”) in an effort to expand her mission of love to those who were unable to participate physically in the service of the poorest of the poor she began. She invited those desiring to support her mission but unable to engage into active service because of their illness or disability, to share in the apostolate of the Missionaries of Charity by offering to God their prayers and sufferings for a particular Sister.
“I feel very happy and a new strength has come in my soul, at the thought of you and others joining the Society spiritually…Your life is like a burning light which is being consumed for souls.” (Mother Teresa to Jacqueline de Decker, 13 January 1953.)
“The aim of our Society is to satiate the thirst of Jesus on the Cross for love of souls by working for the salvation and sanctification of the poor in the slums. … You & the others—men, women, children, old and young, poor & rich …Everyone and anyone who wishes to become a Missionary of Charity—a carrier of God’s love—is welcome, but I want specially the paralysed, the crippled, the incurables to join, for I know they will bring to the feet of Jesus many souls.”

“My dear Children, let us love Jesus with our whole heart and soul… Let us bring Him many souls – keep smiling. Smile at Jesus in your suffering for to be a real M.C. you must be a cheerful victim.”

(Mother Teresa to the Sick and Suffering Co-workers, 9 March 1955)

Mother Teresa’s Sick and suffering Co-workers (initially she called them a “second self” to the Sister adopted)
If you feel called to become part of the work for souls and do something beautiful for God contact the closest M.C. Community or Missionaries of Charity, SSCW, Avenue du Roi 69, 1060 Brussels, BELGIUM, Europe.